Railroads made the supply of vast, stationary armies possible, and even the taxi cabs of Paris were employed to bring men to the front in 1914. Horses were removed from the battlefield except as beasts of burden, and tanks entered service in 1916 (Science & Technology in World WarI). 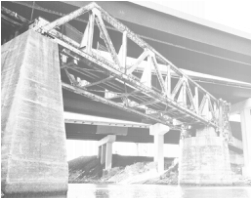 The country’s railroads and rolling stock production were seen as the most important aspect of war preparedness. Massive requirements were needed for the home front, as well as for the demands of overseas operations for the American forces and the Allies (WW1 museum). Railroads moved men and equipment. They brought food to the fighting fronts. Armored railway cars protected the vital rail lines. Other cars served as platforms for huge guns capable of hurling explosive shells for many miles. Ambulance trains transported the wounded away from the front.American railroads experienced their heaviest traffic in history during the the war. During World War I, the US. government had demonstrated for the first time the potential for long-distance motorized freight transport. After the war American railroaders could look back proudly at their accomplishments over the past two decades, even with the tarnish of wartime confusion. 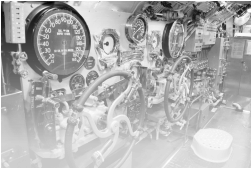 Submarines were perfected before and during the war, and they played a major role by bringing the United States into the war when Germany declared renewed unrestricted submarine warfare in February 1917 (Science & Technology of  World WarI).

The Allies built the first primitive tanksin 1915 and 1916, but their use did not become widespread until 1917. There were some successes and many failures and the tank was not the decisive weapon its backers thought it would be. However, during the Allied summer offensive of 1918, which eventually won the war, the tank played an increasingly large role and was instrumental in breaching the German lines (Science & Technology in World War 1).